Started in 1979, IGI quickly outgrew its first location in Westmont and moved to Elmhurst. After continuing to grow, competing Nationally and Internationally, we found it necessary to move again as our training and program needs changed. In Addison, we were able to continue our success, faithfully serving the community. In 2000 IGI moved back to the Westmont. Though the move was tedious, it has been well worth the effort. In 2001, we again were the only U.S. National Team Training Center in Illinois, as we dove headfirst back into the International Elite scene. In 2002, we were blessed in having both a Junior and a Senior U.S. National Vault Champion.

In 2003 the cycle continued, culminating in 2004, when we were able to qualify our first athlete to the U.S. Olympic Trials, Liz Tricase. At the Olympic Trials, Liz competed well enough to earn a spot at the 2004 Olympic Selection Camp. Former Olympian Shannon Miller commented on Liz in the Chicago Tribune, “She would make an excellent team captain for the U.S.” Although Liz was not selected to represent the U.S. in Athens, she has joined our ranks as one of our numerous athletes who are full-tuition collegiate scholarship recipients.

It is precisely this dedication and philosophy towards training that has allowed us to compete at the highest levels possible, which we have filtered down to our most developmental and recreational programs. We offer gymnastics instruction for ALL children ages 18 months to 18 years of age in the areas of preschool gymnastics, recreational gymnastics, cheerleading, tumbling and trampoline. Many of our families also celebrate their birthdays here, as we have parties designed for all occasions.

IGI has produced over 90 full-tuition scholarships for gymnastics! These include our Elite athletes, and our Junior Olympic athletes, for not only have we consistently excelled in the International scene, but also at the National level. In 2000 and in 2004 we qualified more athletes to the J.O. National Championships than any other program in the U.S.

IGI has now returned to within 4 blocks of its original location. Now located just across the street from Ty Warner Park we are one of the newest and largest training facilities in Illinois, it offers a safe and fun training environment for children of all ages! 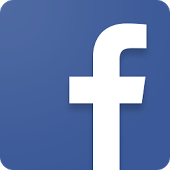